Out of the Noise: Killer Apps Part 3 – Extended Reality 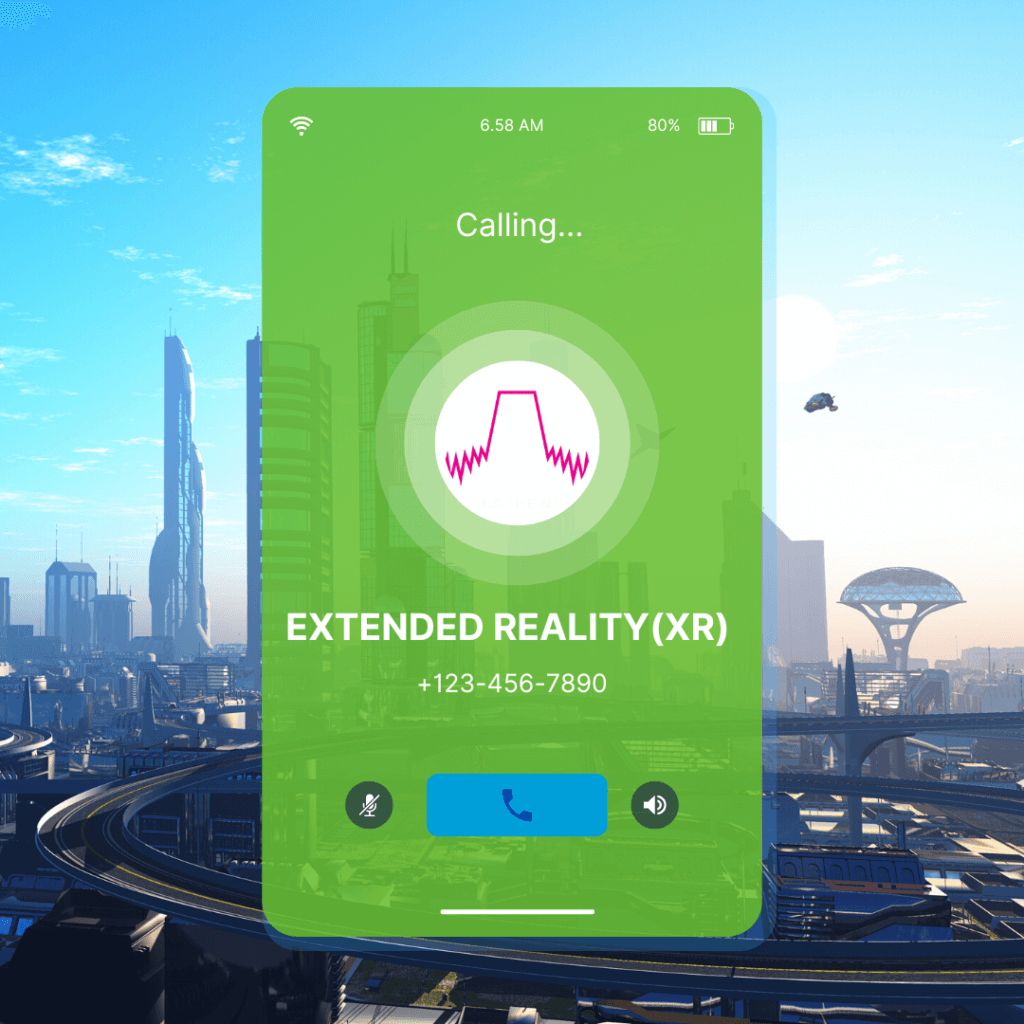 In the third and final part of our ‘Out of the Noise’ series on Killer Apps, we introduce you to the concept of ‘Extended Reality’, which might be summarised simply as a meeting of reality and the virtual world.

The third 5G killer app is Extended Reality (XR).  This is an umbrella term for computer-generated environments that combine elements from both the physical and virtual worlds [10].

The best-known examples of XR systems are augmented reality (AR) and virtual reality (VR).  Unlike conventional AR & VR systems, however, XR will predominantly be a mobile technology designed to enhance the user’s interaction with the physical world.

A common XR use case that is already on the market is the head-up display (HUD) found in many modern cars, where the vehicle’s current speed is projected onto the windscreen in the driver’s field of view.  Next-generation HUDs will extend this concept into an intelligent AR overlay that covers the entire windscreen, providing navigation assistance, lane departure warnings, automatic highlighting of house & building numbers, and AR animations over potential hazards like pedestrian crossings [11].

Another application of XR is smart glasses.  These are lightweight AR headsets similar to the Google Glass headset that was sold briefly from 2013–2015.  Future smart glasses will use a similar hardware platform, but with new software running powerful AI algorithms capable of real-time image analysis and natural language processing.  Potential applications include:

A further XR use case is the digital twin.  This refers to a digital representation of a real process, machine, object or environment [15].  This may sound like a traditional simulation, but it is actually more than that.  The key difference is that a digital twin uses real-world telemetry and sensor data to create a virtual copy of a specific instance of a thing.  For example, a Formula 1 racing team could use real-time vehicle telemetry to create a digital twin of the car that is currently on the racetrack.  This would enable the team’s engineers to interact with the digital twin and conduct “what-if” experiments on it, exactly as if they had the real vehicle in front of them.

This article has presented three applications of 5G technology that Vecta believes will become increasingly pervasive and impactful over the next decade.

C-V2X technology will make our road transport networks faster, safer and more efficient, by allowing vehicles to intelligently connect to each other and their local environment.

Extended Reality will enhance our interactions with the physical world by melding data, AI algorithms and computing resources to create timely and relevant information overlays.

Hopefully these examples have given some sense of the scale and diversity of use cases to which 5G can be applied.  The next 5–10 years will be fascinating to watch, as these and other 5G “killer apps” reach maturity and are deployed around the world.

If you missed part one of the series, you can read it here.

References for this series