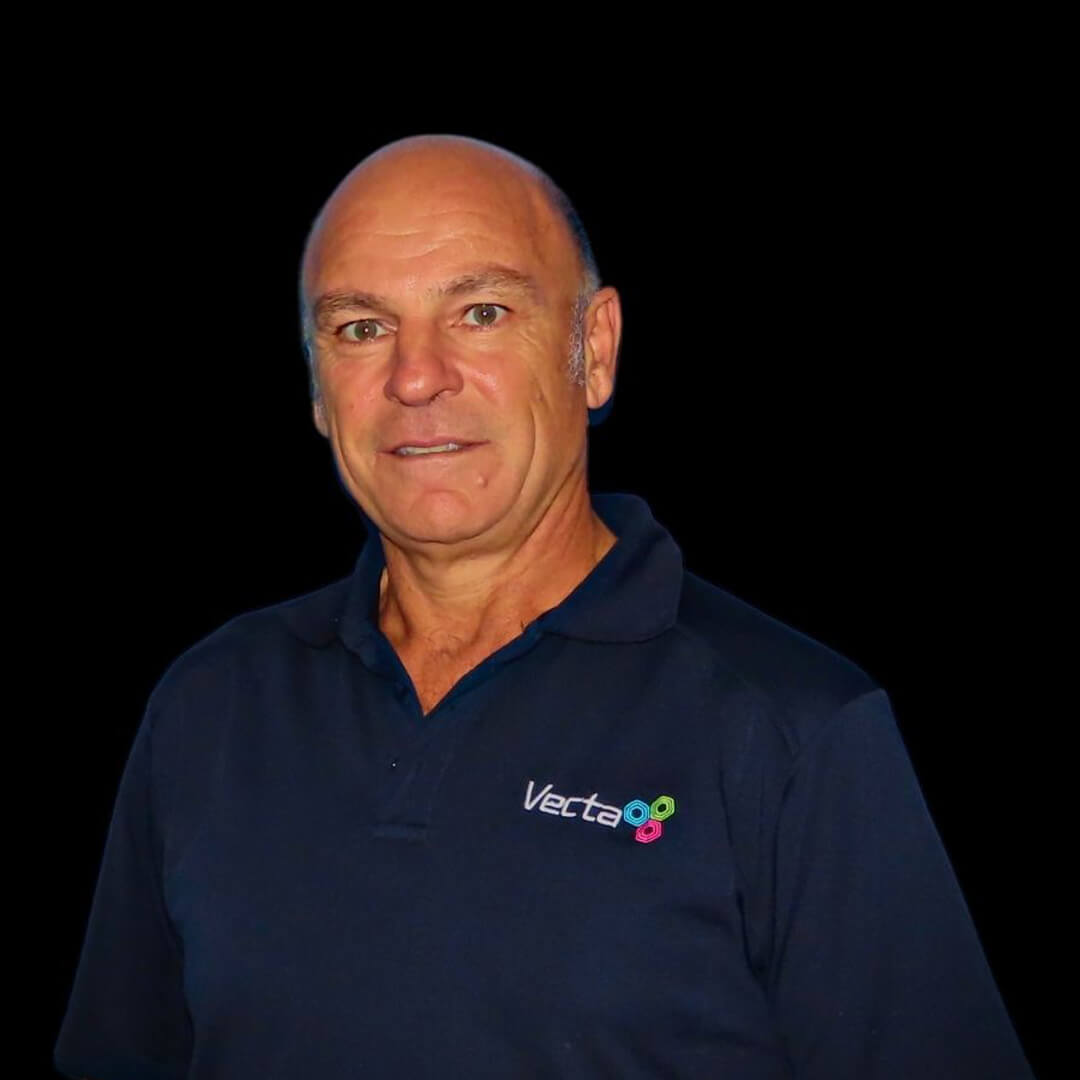 We are innovators here at Vecta Labs. At our facilities we assemble and test cellular systems to ensure the performance of cellular products for our customers.
John Bonello

For the past three decades, Vecta Labs Director and Founding Member, John Bonello has worked in electronics, technology and communications.

John worked in this role for eight years, before taking a role with Interscan International and working in aerospace and radar development. During his tenure with Interscan, John started making cellular antennas as the Australian mobile networks began rolling out.

“We started designing and building antennas for companies like Telstra and Vodafone in 1989, when the mobile networks really started landing in Australia.

“At the same time, I was managing radar installations across the world, from Spain through Taiwan and into China – building, installing and commissioning.”

During this time, John continued to identify his passions for business development, protocol adherence and service delivery, which continue today.

Over the coming years, John continued working in technology development, co-founding Argus Technologies in 1994, where he focused his efforts on business development and management. Argus specialized in designing and manufacturing antennas for telecommunications, an area John had become interested in.

In 2011, after successfully growing Argus Technologies, it was sold to Commscope. Over the next few years, John’s focus shifted into providing services, including third-party qualification testing of antennas and RF Products, and development of new technologies to enhance the telecommunications industry. Noticing a gap in the market, John co-founded Vecta Labs.

“We are innovators here at Vecta Labs. Using our factories, we assemble, test and guarantee the performance of cellular antennas and RF products for our customers. We use rigorous testing methods that are accurate and unbiased.

“We’ve become the only independent body who provide testing services for cellular antennas and ancillary products, which makes us unique in the market, and with our knowledge of antennas and RF products and the ability to build complete cell sites in our factories, we are a global leader, driving innovation and change in the market.

“Looking forward, I remain excited about the work we do in Australia, and at the same time, I am passionate about continuing to grow our US footprint and push for more and more traction in US markets.”

Outside of work, John is married with three adult children.