How we handle the cockatoo problem when it comes to antenna cabling? 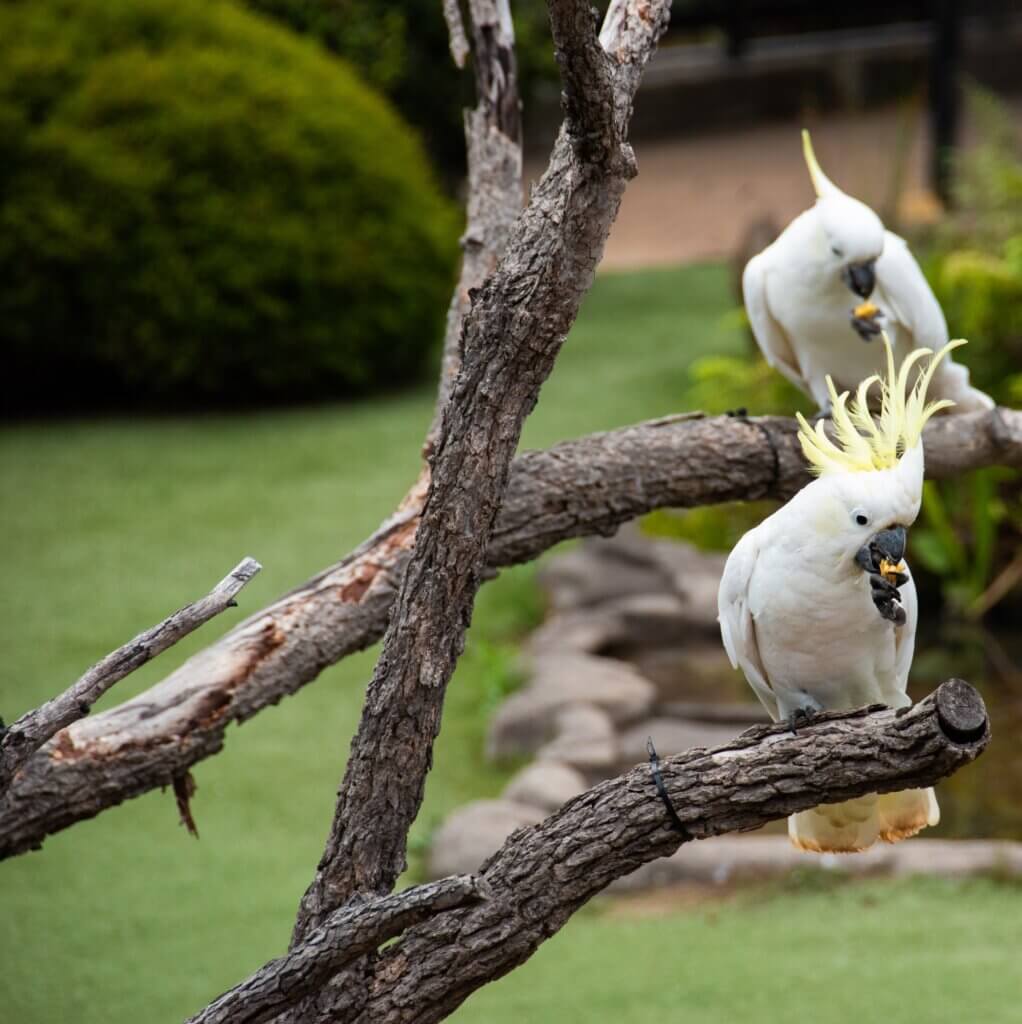 And beyond the epic landscape, Australia is also home to some of the world’s most weird and wonderful creatures. Australia has the tourist favorites (and let’s be honest, the locals’ favorites too) like the kangaroos, koalas, wombats, and emus that live alongside some of the deadliest creatures found anywhere on the planet – from monster crocs, deadly spiders, and snakes, through to very tiny jellyfish known as Irukandji, which could keep even the bravest folks from entering the water (unprepared).

Right now, you might be thinking, has Tourism Australia hijacked the Vecta Labs social channels and website or are the editorial team confusing what they do with travel reporting?

Please don’t fret dear telecommunications industry readers, there is a reason we’ve started talking all things Australia in this post, and that is because some of Australia’s most beautiful creatures are also one of the major causes of interference in Australia – that’s right, we are talking cockatoos and their taste for telecommunication cables.

A few years back, Telstra and The National Broadband Network (NBN) looked at how much damage cockatoos – those beautiful white birds with the yellow Mohawk style hairdo – are doing to cables, and what the financial impact of the damage is.

The results were staggering.

In 2017, prior to resolving the cockatoo problem, NBN reported that cockatoos, who had acquired a taste for those high-speed cables, were creating a huge amount in damages both financially and in impact to network quality as they pecked through and gobbled up the cables.

With that sort of damage, after all the work done to ensure the cabling could survive the harsh conditions that the Australian landscape throws at them, something needed to be done.

The answer was to put protective covering on all the cables. The covering we use in Australia today is a thick plastic that protects as it is tougher than the cables, but also widens them, making it harder for the cockatoos to get their beaks around the wires and chew through them.

At Vecta Labs, we use a series of full environment testing technologies to ensure all components of our client’s antenna technology will survive the harshest of conditions – we test against solar and extreme heat, salt water and environmental wear and tear.

We’re yet to bring a cockatoo in as part of our testing lines, but you never know what the future holds.

For more information on our testing methods and processes, head to the qualification testing pages on our website – here.